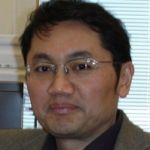 Dongping Zhong is the Robert Smith Professor of Physics and Professor of Chemistry and Biochemistry at The Ohio State University. He received his B.S. and M.S. degrees in laser physics from Huazhong University of Science and Technology in China in 1985 and 1988, respectively, his another M.S. degree in physical chemistry from Kansas State University in 1993, and his Ph.D. in chemical physics from California Institute of Technology in 1999 under the guidance of Dr. Ahmed H. Zewail. For his Ph.D. work, he received the Herbert Newby McCoy Award and the Milton and Francis Clauser Doctoral Prize from Caltech. He continued his postdoctoral research in the same group with focus on protein dynamics. In 2002, he joined The Ohio State University as an assistant professor and was promoted to full professor in 2010. Dr. Zhong has given plenary, keynote, or invited lectures in more than 160 international meetings and institutions. In 2009, he received the Outstanding Young Researcher Award from the International Organization of Chinese Physicists and Astronomers. He is a Packard Fellow, Sloan Fellow, Camille Dreyfus Teacher-Scholar, APS Fellow, AAAS Fellow, as well as the recipient of the NSF CAREER award. Currently, he serves in the Physical Sciences Jury, The L’OREAL-UNESCO Awards for Women in Science, as well as the advisory editorial board of Chemical Physics Letters and Science China. His research interests include femtobiology, biomolecular interactions and protein dynamics, and four-dimensional electron microscopy for biology.