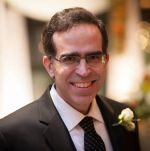 Doron Levy is a Distinguished Scholar Teacher and a Professor of Mathematics at the University of Maryland, College Park. He has advanced the integration of math in medicine, receiving national and international recognition for his work on cancer.

Earning B.Sc. (Mathematics and Physics), M.Sc (Applied Mathematics), and Ph.D. (1997) degrees from Tel Aviv University, Levy held visiting positions at the University of California, Berkeley; Lawrence Berkeley National Lab; University of Paris 6; and École Normale Supérieure Paris.  He was an Assistant Professor at Stanford University before joining the University of Maryland in 2007.

At the University of Maryland, Levy is the Associate Chair of the Department of Mathematics, a member of the Center for Scientific Computation and Mathematical Modeling (CSCAMM), and a member of the Maryland BioPhysics and the Applied Mathematics, Statistics and Scientific Computation (AMSC) graduate programs. He is the co-founder and organizer of the University of Maryland seminar on Cancer Dynamics.

Doron Levy is a member of the editorial board of nine journals including the Bulletin of Mathematical Biology, Discrete and Continuous Dynamical Systems B, and Frontiers in Systems Biology. He has written more than eighty papers, book chapters, and conference proceedings. Levy received the Nessyahu Prize for the best Ph.D. thesis in Mathematics in Israel, National Science Foundation Career Award for his work on Radiation Oncology, Excellence and Innovation in Teaching Award at the University of Maryland for his curricula initiatives, and Distinguished Scholar Teacher Award by the University of Maryland in recognition of outstanding scholarly accomplishments combined with excellence in teaching. He delivered the keynote address at the 2008 American Mathematical Society briefing to the U.S. Congress.

Levy’s work focuses on using mathematical and quantitative tools to decrypt the mechanisms that control the immune response to cancer.  His results on chronic myeloid leukemia provide fundamental insights on the role that the immune response (in combination with drug therapy) may play in keeping the disease under control.  His mathematical models can be potentially used to improve the treatment of leukemia. Levy has also made fundamental discoveries, connecting the dynamics of stem cells, tumor heterogeneity, and the propagation of drug resistance in cancer. His research has been conducted in collaboration with researchers at the Carnegie Institution, Stanford University Medical School, University of Maryland Medical School in Baltimore, and National Cancer Institute. Levy’s research has been supported by the Division of Mathematical Sciences at the NSF, National Cancer Institute, National Institute of General Medical Sciences, and Department of Defense. His educational and outreach activities have been supported by the NSF Division of Undergraduate Education, Mathematical Association of America, and Army Research Office.

In addition to his scientific interests, Doron Levy is a magician and a member of the Academy of Magical Arts in Hollywood, California.