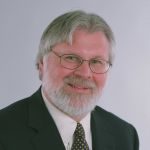 Douglas S. Massey is the Henry G. Bryant Professor of Sociology and Public Affairs at Princeton University’s Woodrow Wilson School of Public and International Affairs. Formerly he was the Dorothy Swaine Thomas Professor and Chair of the Sociology Department at the University of Pennsylvania.

Mr. Massey received his Guggenheim Fellowship in 1990 to write American Apartheid: Segregation and the Making of the Underclass (Harvard UP, 1993), which won the Distinguished Publication Award of the American Sociological Association and the Otis Dudley Duncan Award of the ASA’s Population Section. This book furthered his long-standing interest in processes of economic stratification in the United States, particularly as they affect minority groups. Since publishing American Apartheid, he has authored Categorically Unequal: The American Stratification System (Russell Sage Press, 2007), which offers a comprehensive account of how inequality is produced in the United States along the lines of race, class, and gender. He has also coauthored two books exploring the roots of academic underachievement among minority group members at selective U.S. colleges and institutions: Source of the River: The Social Origins of Freshmen at America’s Selective Colleges and Universities (Princeton UP, 2003) and Taming the River: Negotiating the Academic, Financial, and Social Currents in America’s Selective Colleges and Universities (Princeton UP, 2009).

Douglas Massey has also published extensively on Mexican immigration, including the books Return to Aztlan (University of California Press, 1987) and Miracles on the Border (University of Arizona Press, 1995). The latter book, co-authored with Jorge Durand, won a 1996 Southwest Book Award. His latest two books on immigration, also coauthored with Jorge Durand, are Crossing the Border (Russell Sage Press, 2004) and Beyond Smoke and Mirrors (Russell Sage Press, 2002). The latter offers a critical analysis of U.S. immigration policy toward Mexico during a period of widespread economic integration under NAFTA and won the 2004 Otis Dudley Duncan Award for the best book in social demography,.

His most recent book on immigration (coauthored with Magaly Sanchez) is entitled Brokered Boundaries: Creating Immigrant Identity in Anti-Immigrant Times (Russell Sage Press, 2010), which draws on in-depth interviews with 159 Latin American immigrants to understand how they manage and construct identities within the United States in the context of an ongoing anti-immigrant backlash. His most recent contribution to work on racial stratification is a special issue of the American Academy of Political and Social Science entitled The Moynihan Report Revisited: Lessons and Reflections after Four Decades, co-edited with Robert J. Sampson (Sage Publications 2009). Douglas Massey is married to fellow Guggenheim Fellow Susan Fiske (2009) and they live together in Princeton, New Jersey.