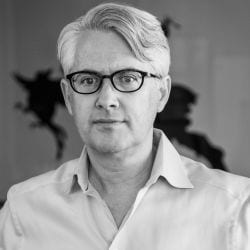 Douglas Smith is a historian and translator and the author of six books on Russia. His works have been translated into a dozen languages. He studied German and Russian at the University of Vermont and has a doctorate in history from UCLA.

His book Former People: The Final Days of the Russian Aristocracy (2012) was a bestseller in the U.K. It won the inaugural Pushkin House Russian Book Prize, was a BBC Radio 4 Book of the Week, and was chosen Book of the Year by Andrew Solomon in Salon. In 2016, Douglas published Rasputin: Faith, Power, and the Twilight of the Romanovs, which was a finalist for the James Tait Black Memorial Prize. His latest book, The Russian Job: The Forgotten Story of How America Saved the Soviet Union from Ruin, is forthcoming in autumn 2019.

Before becoming a full-time historian, Douglas served in the U.S. State Department in the Soviet Union in the 1980s and worked as a Soviet affairs analyst for Radio Free Europe/Radio Liberty in Munich.

As a Guggenheim fellow, Douglas will be working on a new, abridged translation of Konstantin Paustovsky’s memoir Повесть о жизни (The Story of a Life), one of the great but little known Russian literary works of the past century, hailed by Isaac Bashevis Singer as “a masterpiece.” His translation will be published by Vintage Classics.