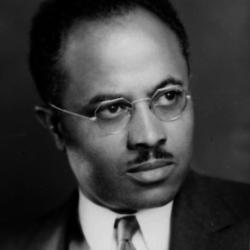 FRAZIER, EDWARD FRANKLIN:  Appointed for a comparative study of the Negro family in the West Indies and Brazil; tenure, twelve months from September 1, 1940.

Publications:  The Negro Family in Chicago, 1932; The Free Negro Family, 1932; The Negro Family in the United States, 1939 (awarded the John Anisfield Prize for the best book on race relations, 1940); Racial Factor in the Personality Development of the Negro Youth, 1939. Articles in American Sociological Review, American Journal of Sociology, Social Forces, Journal of Negro History, Proceedings of the National Conference of Social Work, Howard Review. Contributor to The American Negro, 1928; Race and Culture Contacts, 1934.