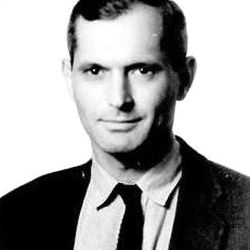 Edward Field was born in 1924 in Brooklyn, New York.  He grew up in Lynbrook, Long Island, where he played cello in the Field Family trio with his two older sisters on the violin and piano.  He began writing poetry during World War II, specifically in 1943, after a Red Cross worker handed him the Louis Untermeyer anthology of great poetry.  As a navigator in B-17 Flying Fortresses, he was stationed in England in the 8th Air Force, and flew 25 bombing missions over Germany, on one of which his plane ditched in the North Sea, an event commemorated in his poem "World War II."  In 1962, his first book of poems, Stand Up, Friend, With Me, received the Lamont Award from the Academy of American Poets.  Other honors include the Shelley Memorial Award from the Poetry Society of America, and Prix de Rome from the American Academy of Arts & Letters.  The documentary To Be Alive, for which he wrote the narration, was shown at the 1964-65 New York World's Fair and won an Academy Award.

He and his partner, the novelist Neil Derrick, long-time residents of Greenwich Village, have written a best-selling historical novel, The Villagers, which tells the story of four generations of a Greenwich Village family along with the history of this once-artistic, -gay, and -bohemian neighborhood of Manhattan.

The poet Richard Howard praises Edward Field for "the courage of the heart, the warmth of the tongue, the truth of the life." And Andrei Codrescu, on National Public Radio, called him "one of our best poets. . . . Every one of his books has been an occasion for delight."