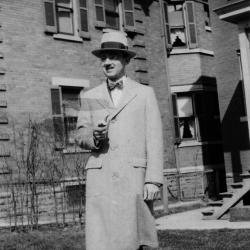 ZEYDEL, EDWIN HERMANN:  Appointed to pursue researches into the life and works of Ludwig Tieck (1773–1853), the German romantic poet and critic, with a view to writing a critical biography of him set off against the background of his age; tenure, twelve months from July 15, 1932.