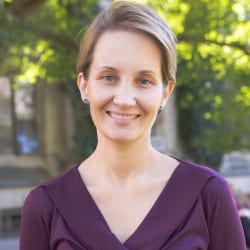 Ekaterina Pravilova is a historian of Imperial Russia in the History Department at Princeton University. Her research interests vary greatly, ranging from the development of Russian law, economy and governance, to the study of imperial art and historiography. Pravilova received her doctorate degree from the Russian Academy of Sciences, and her first two books (Legality and Individual Rights. Administrative Justice in Russia (2000) and Finances of Empire. Money and Power in Russian Policy in the Imperial Borderlands (2006)) were published in Russian.

In 2006, after several years of researching and teaching at the Russian Academy of Sciences and the European University at St. Petersburg, Ekaterina Pravilova moved to Princeton University, where she began her new research project on the history of property in the Russian Empire. This project resulted in the publication of A Public Empire. Property and the Quest for the Common Good in Imperial Russia (Princeton University Press, 2014). A Public Empire excavates the cultural and economic factors, as well as the political circumstances, that triggered the emergence of Russian property regimes from the time of Catherine the Great through the First World War and the Revolutions of 1917. This work demonstrates the emergence of a liberal (though not individualistic) vision of society joined to new practices of owning “public things” – rivers, forests, historical monuments, the objects of art and literary masterpieces, and spotlights a phenomenon that was never fully institutionalized in Russian law but nevertheless existed in rhetoric, politics, and popular imagination – namely the concept of “public property,” the “res publica,” a world of things to be owned by the public yet managed by the state on the public’s behalf. A Public Empire received several awards: the George L. Mosse Prize from the American Historical Association “for the best work in the intellectual and cultural history of Europe since 1500,” the Wayne S. Vucinich Book Prize from the Association for Slavic, East European, & Eurasian Studies for “the most important contribution to Russian, Eurasian, and East European studies in any discipline of the humanities or social sciences,” and the Historia Nova Prize from Mikhail Prokhorov Foundation and Academic Studies Press.

For the period of the 2018-2019 Guggenheim Fellowship, Ekaterina Pravilova will pursue a new research project on the political history of the Russian ruble. This work aims to analyze the use of money as a means for effecting or blocking fundamental political transformations, such as the introduction of political representation, the rule of law, and the decentralization of imperial governance.