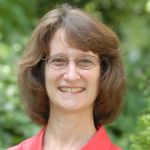 A specialist in social, cultural, and political history, her research examines the intersections of public and private life throughout the twentieth century.  Her books include America and the Pill: A History of Promise  Peril and Liberation (2010); Homeward Bound: American Families in the Cold War Era (1988, new edition 2008); Barren in the Promised Land: Childless Americans and the Pursuit of Happiness (1997); Pushing the Limits: American Women, 1940–1961 (1996); and Great Expectations: Marriage and Divorce in Post-Victorian America (1980). She is also co-editor of Here, There and Everywhere: The Foreign Politics of American Popular Culture (University Press of New England, 2000), and co-author of the college-level United States history textbook Created Equal: A History of the United States. She has also written for magazines and newspapers such as the New York Times, Washington Post, Los Angeles Times, Ms., Chronicle of Higher Education, and Minneapolis Star Tribune.

She plans to use the Guggenheim Fellowship to work on a new book project, “The American Quest for Security, 1960 to the present.” In the last half-century, Americans across the political and economic spectrum have come to live by a pervasive belief that the world is a dangerous place and that individuals are responsible for their own protection.  This preoccupation with personal security transcends culture wars and partisan politics, weaving its way tightly into the fabric of American society.  The project  explores how and why that culture of security emerged, how it changed over time, and its impact on how Americans pursue their daily lives, act politically, and relate to each other.  Ultimately, this project is an effort to illuminate how individual citizens embraced or challenged security culture, and how American social, political, and cultural life changed as a result.