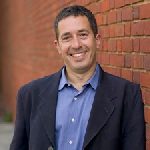 Eldar Shafir is the William Stewart Tod Professor of Psychology and Public Affairs at Princeton University.  His research focuses on descriptive analyses of decision making, and on issues related to behavioral economics. Most recently, he has focused on decision making in the context of poverty and, more generally, on the application of behavioral research to policy. In recent collaborative projects, he has been studying the ways in which poverty (and other forms of scarcity) captures people’s attention, distracts from other decisions, and can exacerbate already difficult situations. Shafir is Past President of the Society for Judgment and Decision Making, a member of the Russell Sage Foundation Behavioral Economics Roundtable, a Fellow of the Canadian Institute for Advanced Research, and co-founder and co-director of Ideas42, a social science R&D lab. In January 2012, he was appointed by President Barack Obama to the President’s Advisory Council on Financial Capability. Shafir has held visiting positions at The University of Chicago Graduate School of Business, The Kennedy School of Government at Harvard University, The Russell Sage Foundation, The Hebrew University Institute for Advanced Studies, and Pompeu Fabra University in Barcelona. He received his B.A. from Brown University and his Ph.D. from the Massachusetts Institute of Technology.