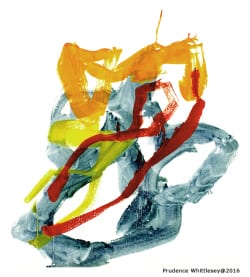 Eleanor Kaufman is professor of Comparative Literature, English, and French and Francophone Studies at the University of California, Los Angeles. She received her Ph.D. in Literature from Duke University, her undergraduate degree from Harvard University, and has taught at Cornell University and the University of Virginia. Her primary research is on twentieth-century French philosophy, with secondary interests in Medieval and Late Antique philosophy and monotheistic theology.

She is the co-editor of Deleuze and Guattari: New Mappings in Politics, Philosophy and Culture (Minnesota, 1998) and the author of The Delirium of Praise: Bataille, Blanchot, Deleuze, Foucault, Klossowski (Johns Hopkins, 2001), Deleuze, the Dark Precursor: Dialectic, Structure, Being (Johns Hopkins University Press, 2012), and At Odds with Badiou: Politics, Dialectics, and Religion from Sartre and Deleuze to Lacan and Agamben (forthcoming, Columbia University Press).

The current project, “Structure: A Counterhistory of Twentieth-Century French Philosophy,” examines the way in which the oft-cited break between structuralism and poststructuralism obscures the mind-bending and virtually uncategorizable work being done on structure quasi-independently by a handful of thinkers in the 1950s and 1960s, above all Claude Lévi-Strauss, Jacques Lacan, and Gilles Deleuze. It draw on Medieval logical debates from the 13th and 14th centuries to elaborate three distinct ontological dimensions of structure, and imagines how this structural-ontology might have reshaped “poststructuralism” had it not suffered such an abrupt demise and occlusion. The project also considers how the structuralist renunciations of thinkers such as Louis Althusser, Michel Foucault, and Jacques Derrida inadvertently helped hasten the demise of structural thinking, despite their otherwise sympathetic affinities for this type of work.