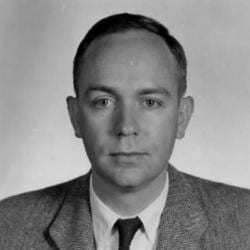 Elias L. Rivers was born in 1924 near Charleston, South Carolina. After four years at the local high school, where he learned some Latin and French, he spent two years at the municipal College of Charleston before joining the U.S. Army in 1943. He was sent to Georgetown University for a year´s intensive study of Mandarin and then, after Signal Corps training, was sent to the China-Burma-India theater of military operations. After being discharged from the Army in 1946, he was accepted as a transfer student by Yale College, where he majored in Spanish. After a Yale fellowship for a year´s research in Spain, in 1952 he finished his Ph.D. dissertation on the 16th-century Spanish poet Francisco de Aldana.

In 1952 Elias Rivers was hired as an instructor of Spanish at Dartmouth College, where he taught for ten years. His Guggenheim Fellowship supported his further research in Spain. During his career he was awarded several other research fellowships, principally by the National Endowment for the Humanities; he has published a number of books and articles dealing with Spanish literature of the 16th and 17th centuries.After two years at Ohio State University, he joined the faculty of Johns Hopkins University in 1964; in 1978, along with his late wife Georgina Sabat, he joined the faculty of the State University of New York at Stony Brook. In 1986, at a meeting in Berlin, he was elected president of the Asociación Internacional de Hispanistas.

Elias Rivers and his wife retired to Miami in 1992, the year in which he was awarded the Nebrija Prize by the University of Salamanca. He continues his research and publication in retirement. In 2009 he was elected miembro correspondiente by the Real Academia Española.