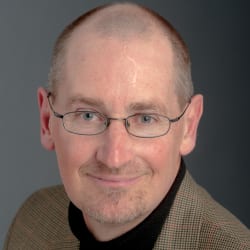 The main focus of Eliga Gould’s scholarship is the American Revolution, with an emphasis on the revolution’s “outer” history in the Americas, Africa, Europe, and the wider world. In Among the Powers of the Earth: The American Revolution and the Making of a New World Empire (Harvard, 2012), he explored the manifold ways in which the early American republic’s quest to be accepted as a “treaty worthy” nation by Europe’s colonial powers shaped American thinking about an array of issues, including federalism, Native American treaty rights, and the abolition of slavery. The book has been widely praised, including on the Wall Street Journal's op-ed page and by Noam Chomsky, who highlighted the concept of treaty worthiness in an editorial on contemporary U.S. foreign policy. Named a Library Journal Best Book of the Year, Among the Powers received the SHEAR Book Prize from the Society for Historians of the Early American Republic and was a finalist for the George Washington Book Prize. A Japanese translation is scheduled for publication in 2016.

Gould has taught at the University of New Hampshire since 1992, where he is professor and chair of the Department of History. In addition to being recognized at UNH for excellence in teaching and research, he has held long-term fellowships from the Fulbright-Hays Program, the National Endowment for the Humanities (twice), and the Charles Warren Center at Harvard. Gould’s other publications include The Persistence of Empire: British Political Culture in the Age of the American Revolution (University of North Carolina, 2000), winner of the Omohundro Institute of Early American History and Culture’s Jamestown Prize, Empire and Nation: The American Revolution in the Atlantic World, co-edited with Peter S. Onuf (Johns Hopkins, 2005), and numerous articles, book chapters, and review essays. He did his undergraduate education at Princeton University, followed by graduate work at the University of Edinburgh and Johns Hopkins University, where he earned his PhD.

Gould’s current book project, Crucible of Peace: 1783 and the Founding of the American Republic, examines the least studied of the United States’ founding documents: the Treaty of 1783 that ended the American Revolutionary War. (A discussion of the book is available on iTunes.) The Guggenheim Fellowship will enable him to finish writing that book.