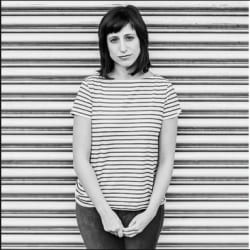 Eliza Hittman is an award-winning filmmaker, born and based in Brooklyn, NY. Her most recent film Beach Rats premiered in the US Dramatic Competition at the 2017 Sundance Film Festival, where she won the Directing Award. It premiered internationally at Locarno in the Golden Leopard Competition and was the Centerpiece Film at New Directors / New Films. Beach Rats was released domestically by NEON Rated, and was a New York Times Critics' Pick. It was the winner of the Artios Award for Outstanding Achievement in Casting, Outstanding Screenwriting in a U.S. Feature at Outfest, and the London Critics’ Circle Film Award for Young British/Irish Performer of the Year. In 2018, it was nominated for Best Cinematography and Best Male Lead at the Independent Spirit awards and a Breakthrough Actor Award for the Gothams Awards.

She earned an MFA from California Institute of the Arts and is currently an Assistant Professor of Film/Video at Pratt Institute. She is the recipient of the Emerging Artist Award from Lincoln Center, and a Garbó NYC Feature Film Grant from Rooftop Films. Fellowships include “Women at Sundance” and Cinereach. She has been profiled in the New York Times and Village Voice. She is currently developing her third feature.