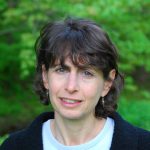 A longtime staff writer for The New Yorker and formerly a reporter and columnist for The New York Times, Elizabeth Kolbert has largely focused her writings during the last decade on the issue of climate change. “The Climate of Man” (2005), her three-part series for The New Yorker on the hotly debated and often confusing topic of global warming, won a National Magazine Award, the American Association for the Advancement of Science’s magazine writing award, and a National Academies’ communications award. She then expanded the series, publishing Field Notes from a Catastrophe the following year; it received the Louis J. Battan Author’s Award from the American Meteorological Society and was named one of the one hundred notable books of the year by The New York Times.

During her Guggenheim Fellowship term, she will be completing a book-length study of extinction and the history of life.