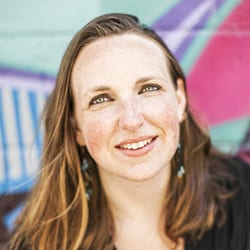 Named “Human of the Year” by Motherboard in 2017 for her work building a better future through science and technology, Elizabeth LaPensée has emerged as a force who combines her abilities in art, design, and research for expressing Indigenous ways of knowing through video games and emergent media. As Anishinaabe with family at Bay Mills as well as Métis named for Elizabeth Morris, she collaborates closely with Indigenous communities with hope for passing on teachings which honor the past, reflect the present, and resonate with the future.

She has received awards for her digital games, animations, and leadership. Most recently, she designed and created art for Thunderbird Strike (2017), a lightning-searing side-scroller game which won Best Digital Media at imagineNATIVE Film + Media Arts Festival 2017. Her futurisms stop motion animations are internationally acclaimed, including The Path Without End (2011) which was curated by the Museum of Contemporary Native Art, Returning (2015) which was awarded Best Animation at Montréal First Peoples Festival 2016, and Hands to the Sky (2016) which was awarded Best Animation at Dreamspeakers International Indigenous Film Festival 2017.

During her Ph.D. in Interactive Arts and Technology from Simon Fraser University in British Columbia, she was a Research Assistant for Aboriginal Territories in Cyberspace and continues that partnership as a Research Affiliate in the Initiative for Indigenous Futures. To that end, her ongoing contribution to expanding knowledge and access to game development in Indigenous communities was recognized with the Serious Games Community Leadership Award (2017). Her branching efforts in Indigenous self-determination in technology are supported by her role as an Assistant Professor of Media & Information and Writing, Rhetoric & American Cultures at Michigan State University.

Artist’s Statement
Along the River of Spacetime is a virtual reality game which shares Anishinaabeg teachings relating to land practices, star knowledge, and quantum physics in an interactive non-linear journey about restoring rivers and their eco-systems by activating Anishinaabe constellations. Coded particle systems of light, hand drawn art brought into form with copper, and 360° film of riverways running through Nkwejong in Michigan are merged into technology-empowered storytelling. The work reflects the worldview passed on to me by mother Grace L. Dillon who coined the term “Indigenous futurisms”—our stories share science.

So, too, can our stories be shared through technology. My greatest hope is to show ways in which our ways of knowing can be experienced through design. Along the River of Spacetime does just this by embedding Anishinaabeg scientific teachings within user interactions. The leaps in the journey are activated with an Anishinaabe symbol which parallels a particle physicists theorize may relate to teleportation, recently recognized by the LHCb experiment at CERN’s Large Hadron Collider. As riverways are fully restored, Anishinaabeg teachings about spacetime unravel to the light of stars reflecting on waters to nourish medicinal plants.