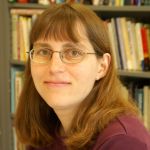 Elizabeth Anderson is John Rawls Collegiate Professor and Arthur F. Thurnau Professor of Philosophy and Women's Studies at the University of Michigan, Ann Arbor.  A graduate of Swarthmore College (B.A., 1981), she earned her Ph.D. in Philosophy at Harvard University in 1987, where she was a Charlotte W. Newcombe Fellow and winner of the Emily and Charles Carrier Dissertation Prize. After teaching at Swarthmore College, she took up a position at University of Michigan, where she has won two teaching awards and the John H. D'Arms Award for Distinguished Graduate Mentoring in the Humanities.  She is the founding Director of the University of Michigan’s Program in Philosophy, Politics, and Economics and Associate Editor of Hypatia. She is a Fellow of the American Academy of Arts and Sciences.

Professor Anderson’s research ranges across several fields, including moral, political, social, and legal philosophy, social epistemology, feminist theory, and the philosophy of the social sciences. She is the author of Value in Ethics and Economics (Harvard UP, 1993) and The Imperative of Integration (Princeton UP, 2010), which won the American Philosophical Association’s Joseph B. Gittler Award in 2011. She has published more than sixty papers in journals of philosophy, law, and economics on various subjects, including democratic theory, equality in political philosophy and American law, racial integration, the ethical limits of markets, theories of value and rational choice, the philosophies of John Stuart Mill, Immanuel Kant, Adam Smith, and John Dewey, and feminist epistemology and philosophy of science.  Her papers have been reprinted more than forty times.  Her current project, entitled Moral Epistemology from a Pragmatist Perspective: Case Studies from the History of Abolition and Emancipation, is part of a larger project on the history of egalitarianism from the Levellers to the present.