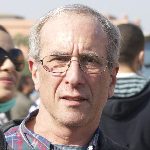 My interests in Egyptian political economy led to books on trade unions and child labor as well as studies of Islamist movements and historiography.  By degrees I came to be more interested in contemporary Arabic political theory and the construction of moral community and political institutions through law.  I am now completing two books.  One is on the role of moral emotions and the construction of community before and after the revolutionary uprisings of 2011 and the other on how Egyptian jurists and intellectuals participated in global debates about the rule of law and the role of judges throughout the 20th century.