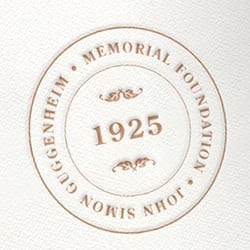 In 2002 at 40 years of age Emil Ferris was bitten by a mosquito and infected with West Nile Virus from which she suffered total paralysis of her lower body as well as her drawing hand.

Ferris enrolled at the School of the Art Institute of Chicago and while studying, she recovered enough of her drawing ability to create the first pages of what would later become ‘My Favorite Thing Is Monsters.’

Ferris’ autobiographically infused graphic novel My Favorite Thing Is Monsters presents itself as the lined notebook diary of a pre-teen self-avowed werewolf who questions her sexual identity. It is set in Chicago in the 1960’s.

The main character is obsessed with horror movies and magazines. Critics have noted how the book parallels themes of monstrosity and ‘otherness.’

Not only are horror magazine covers recreated in ballpoint pen by Karen Reyes (Emil’s protagonist), but so are many paintings that hang in the Art Institute of Chicago. My Favorite Thing is Monsters has now been published in six languages and has been honored with numerous awards.

During 2019 Ferris was honored to have a residency at the Louvre. She is grateful and ecstatic to be named a Guggenheim Fellow.