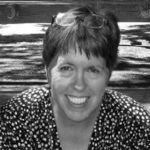 Emily Fox Gordon is a writer who lives in Houston, Texas. She has published in every literary genre except poetry, but the form that means the most to her is the personal essay. Hers have appeared in such journals as Salmagundi, Southwest Review, and American Scholar and have been widely anthologized. Two have been awarded Pushcart Prizes. Her first memoir,  Mockingbird Years, A Life In and Out of Therapy (Basic, 2000), was a New York Times Notable Book, and her second, Are You Happy? A Childhood Remembered (Riverhead, 2006,) was a New York Times Editors’ Choice. She is the author of  two novels: It Will Come to Me, an academic comedy of manners, (Spiegel & Grau, 2009), and—currently under review—Madeleine and Jane, an autobiographically rooted tale of two girls living in the Manhattan of 1968. A collection of her personal essays, Book of Days, was published by Spiegel & Grau in 2010. Gordon is a member of PEN American Center and has served on the council of the Texas Institute of Letters. She has been a resident at Yaddo, and has taught the personal essay at Rice University, University of Wyoming, Rutgers Camden, Queens College Low-Residency MFA Program, and Columbia University School of the Arts. For many years, she has taught community workshops through the Inprint program in Houston.