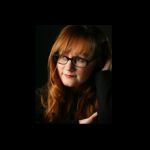 Emily Thompson is a historian of technology who studies late nineteenth- and early twentieth-century America. Her research explores the cultural history of sound, music, noise, and listening, and she focuses on how these phenomena and activities intersected with technologies like the phonograph, motion pictures, and architecture. Before she became a historian, Thompson worked as a radio producer at WQED-FM in Pittsburgh and as a recording engineer at the Eastman School of Music in Rochester, New York.  After a stint designing integrated circuits at Bell Laboratories, she returned to school to retool for history as a graduate student at Princeton University, where she is now Professor of History. Her work has been awarded prizes from the American Studies Association, Acoustical Society of America, Society for the History of Technology, History of Science Society,  Media Ecology Association, and Société de Physique et d’Histoire Naturelle de Genève, as well as the National Science Foundation,  National Endowment for the Humanities, Academy of Motion Picture Arts and Sciences, and MacArthur Foundation.  It also inspired an opera, Tone Test, by Nicholas Brooke, which premiered in 2004 at the Lincoln Center Festival in New York City. Her first book, The Soundscape of Modernity: Architectural Acoustics and the Culture of Listening in America, 1900–1933 (MIT Press, 2002), is considered by many to be a foundational work in the interdisciplinary field of sound studies.  Her website, The Roaring 'Twenties, created with Scott Mahoy under the auspices of the online journal Vectors, aspires to reach a larger audience, deploying the multimedia and interactive capacities of the web to evoke the soundscape of New York City circa 1929. Professor Thompson is currently writing a second book, Sound Effects, about the transition from silent to sound motion pictures in the American film industry.  For a very brief survey of this fascinating story, click here.