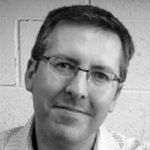 My professional career has been devoted to the study of early modern Spanish literature and culture.  I started conducting research and attending conferences as a college student in Spain, where I graduated with a Licenciatura (5-year B.A.) from the Universidad Complutense de Madrid in 1992.  My education was complemented with summer studies at the University of Essex (1988) and the Université de la Sorbonne (1990), which helped familiarize me with the British and French literary traditions.  In 1992 I was accepted to the Ph.D. program in Hispanic studies at Brown University, where I wrote my M.A. thesis under the supervision of Professor Geoffrey Ribbans (1994), and my doctoral dissertation with Professor Antiono Carreño (1997).  My doctoral dissertation, about the critical reception of Spanish playwright Lope de Vega’s theater from 1609 until the present, was later published as a book titled La creación del ‘Fénix’: recepción crítica y formación canónica del teatro de Lope de Vega (2000) by Editorial Gredos, the most prestigious academic press in the Hispanic world.  The book went on to receive the "2001 Premio Moratín de Ensayo a la Investigación Teatral," given by Spain’s National Association of Theater Directors (Asociación de directores de escena) in a nationwide competition of books chosen by a panel of experts.  In its more than a dozen reviews, this study has been heralded as one of the modern cornerstones of Lope de Vega criticism.  Its success resulted in an invitation to collaborate in the literary supplement of ABC, Spain’s oldest-running newspaper, where I have been writing columns since 2003.

La creación del ‘Fénix’ turned out to be the first of a book trilogy devoted to Madrid’s literary culture.  By tracing "the making of Lope de Vega" across the centuries, I also reassessed the pivotal role of urban space–from early modern playhouses and printing presses to contemporary movie theaters and newspapers–in its successful canonization.  I thus felt a study of the cultural field in Philip IV’s time (1621-1665) was due in order to better understand how the local artists captured the rise of a new metropolis that, in turn, triggered the flourishing of subsequent generations of poets, playwrights, and novelists.  This study, titled Espacio urbano y creación literaria en el Madrid de Felipe IV (Vervuert & Iberoamericana, 2004), was the winner of the "2005 Premio de Investigación Villa de Madrid (Premio Antonio Maura de Investigación Municipal)."  Given by Madrid’s city council, this prize is considered the most important honor in essay writing after the National Essay Award, and recognizes the best of the year’s cultural achievements in its different categories, such as dance, poetry, architecture, and film.

As I delved into the literary production of the period I realized there was a voice that has been hugely ignored in the last 200 years.  I thus embarked on a new project wholly devoted to Alonso de Salas Barbadillo (1581-1635), seen by his peers as the most important novelist after Cervantes.  Modernidad bajo sospecha: Salas Barbadillo y la cultura material del siglo XVII (2008) not only is the first book on this writer since the mid-1970s, but also the most comprehensive study of his work written to date.  It also culminated a trajectory that, from three different theoretical perspectives (canon theory, human geography, and material culture), thoroughly covers the role of an Imperial city in the most renowned literary field Spain has ever witnessed.

This line of research has allowed me–and challenged me–to better understand the work of the most important ‘Golden Age’ writers, some of which I have edited in the last few years–for example, the edition of Lope de Vega’s New Art of Writing Plays (Arte nuevo de hacer comedias) is the first to be published separately.  Thus, my work as critic and editor is reflected year after year in the graduate seminars and undergraduate courses I teach at the University of Michigan, designed around thematic clusters such as  friendship, travel, and scientific advances.  And yet, other themes close to my personal experiences have found a better outlet in poetry–Retorno a Itaca (1998), Las verdades del arce (2001)–as the lines between living for writing and writing for living have frequently been redefined and crossed over.

Some of these academic efforts would not have been possible without fellowships from the Festival de Teatro Clásico de Álmagro (1988) and the Universidad Complutense de Madrid (1989), career awards from Brown University (1995, 1996), and grants from the prestigious Fundación Juan March in Madrid (2000) and the Program for Cultural Cooperation between Spain’s Ministry of Education and Culture and United States’ Universities (2004).