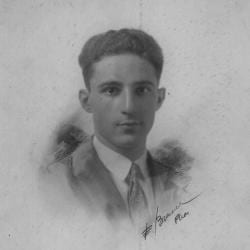 Speiser, Ephraim Avigdor: Appointed for philological and historical investigations, an archaeological survey and preliminary excavation of certain sites, in the region occupied by the Mitanni-Hurri group of peoples, in northern Mesopotamia; tenure, twelve months from September 1, 1926.

Publications: “The Hebrew Origin of the first part of the Book of Wisdom,” 1924; “Secondary Developments in Semitic Phonology,” 1926; “The Pronunciation of Hebrew according to Origen’s Transliterations in the Hexapla,” 1926; “The Place of the Hurri in the History of the Near East” (jointly with Professor Chiera), 1926; articles in American Journal of Semitic Languages, The Jewish Quarterly Review, Journal of Biblical Literature, Language.