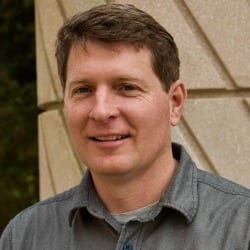 Eric Agol is a professor and astrophysicist at the University of Washington in the Department of Astronomy. He obtained a B.A. in Physics and Mathematics from University of California Berkeley in 1992 and a PhD in Physics from University of California Santa Barbara in 1997. He was awarded a Chandra Postdoctoral Fellowship in 2000, which he took to Caltech. He arrived at the University of Washington in 2003 as an Assistant Professor, and was promoted to the rank of full Professor in 2014. He is the proud advisor of fourteen current and former graduate students and postdoctoral fellows.

Agol uses analytic and numerical modeling and statistics to study transiting planets orbiting other stars. He is focused on discovering new planets with the Kepler Spacecraft (repurposed as K2), and characterizing planets using transit timing variations (TTVs) caused by dynamical interactions between planets. He discovered Kepler-62f, a planet similar in size to Earth and similar in equilibrium temperature to Mars. He has worked with a wide range of collaborators to discover Kepler-36b, a planet whose bulk density is well characterized with TTVs; to characterize KOI-3278, the first self-lensing binary; to estimate the masses of TRAPPIST-1, a seven-planet system with several Earth-sized planets of similar equilibrium temperature as the terrestrial planets in our Solar System; and to make the first thermal infrared map of exoplanet HD 189733b.

Agol believes in enabling other astronomers to easily use his calculations, and has provided fast computer algorithms which have been widely used for detecting and characterizing transiting extrasolar planets. His prior work has spanned a range of areas from black hole accretion to gravitational lensing. He carried out the first computation of the shadow cast by the supermassive black hole at the center of our Milky Way galaxy, which inspired Guggenheim Fellow Shep Doeleman's search for the shadow with the Event Horizon telescope. Agol is faculty advisor for an undergraduate research program, the Pre-Major in Astronomy Program (Pre-MAP), which has sought to increase diversity in the sciences by introducing freshman to astronomical research, supported by an NSF Career grant and NASA Astrobiology grant. He was recently awarded the Lecar Prize for extrasolar planets and theoretical astrophysics, and has been a Miller visiting professor at his alma mater, UC Berkeley.