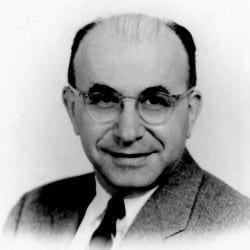 Widely regarded as an eminent scholar in international and comparative law, Eric Stein is Hessel E. Yntema Professor of Law Emeritus at the University of Michigan Law School. Professor Stein served in the U.S. Army from 1943 to 1946, and received the Bronze Star and Order of Italian Crown, Italian Military Cross. He holds Doctor of Law degrees from the University of Michigan and Charles University, Prague, and Honorary Doctor of Law degrees from both Free Universities of Brussels and from the West-Bohemian University in Pilsen, Czech Republic. He served in the U.S. Department of State and was adviser to the U.S. Delegation to the UN General Assembly and to the U.S. representatives at the UN Security Council and the International Court of Justice. He has taught and lectured widely at American, European, and Asian universities and at the Hague Academy of International Law. Formerly Honorary Vice President of the American Society of International Law and counselor of that society, he is the author of numerous books and articles on international law, European Union law, and comparative law. Professor Stein is a member of editorial boards of a number of American and European periodicals including the American Journal of International Law. He participated in an international group called on to advise Czech and Slovak authorities on constitutional issues.

Eric Stein received the 2001 University of Michigan Press Book Award in recognition of his literary accomplishments, especially for Thoughts from a Bridge: A Retrospective of Writings on New Europe and American Federalism (U. of Michigan Press, 2000). This was the eleventh scholarly book he has written or co-written. Other honors have included a Lifetime Achievement Award from the American Society of Comparative Law on October 21, 2004; recognition by the European Union Studies Association for his extraordinary contribution to European Union studies at their biannual conference, where he gave the keynote address at the conference and participated in a panel entitled "The Legal Dimension of European Integration: A Tribute to Eric Stein," April 1, 2005; inclusion in the International Biographical Center Living Legends book and nomination as an International Educator of the Year for 2004; Medal of Merit First Degree in 2001 from Czech Republic President Vaclav Havel for "outstanding scientific achievement"; and he has been made an honorary citizen of the Czech town of his birth. In May 2005, Eric Stein was the focus of the story "Europe's Prophet," by Alexandra Kemmerer, in the Frankfurter Allgemeine Zeitung.