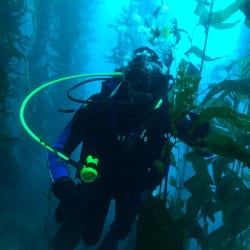 Erik Conway is a historian of science and technology residing in Altadena, CA, and works for the California Institute of Technology. He is the author of seven books, on topics as diverse as aviation infrastructure development in the 1930s and 1940s to Mars exploration in the 2000s, and dozens of articles and essays. He is currently finishing a history of near-Earth asteroids research. In 2011, Conway shared the Watson Davis and Helen Miles Davis prize from the History of Science Society with Naomi Oreskes for their book Merchants of Doubt, which has been translated into 7 languages. It became the basis for the 2014 documentary by the same title, produced by Robby Kenner and Participant Media.

Conway is also a frequent public speaker. Recently he has spoken to numerous audiences on the “space race” of the 1950s and 1960s, and the role of military investment in the development of rockets and launch vehicles. He was a keynote speaker at the Paris Festival of Ideas in November 2017. He recently received the Athlestan Spilhaus award from the American Geophysical Union for his efforts to communicate geophysics to public audiences.

Conway has been, at various junctures in his life, a nuclear field electronics technician in the U.S. Navy, a student of geomechanics, and a naval officer. He served as damage control assistant, and briefly acting chief engineer, of a tank landing ship and as an operations planner for a Pacific Fleet amphibious squadron. He had small roles in planning the US withdrawal from Somalia in 1994 as well as the noncombatant evacuation operation from Rwanda. He is a former whitewater kayaker, an occasional diver, a level 2 high power amateur rocketeer, and a season pass holder to Mammoth Mountain, CA.