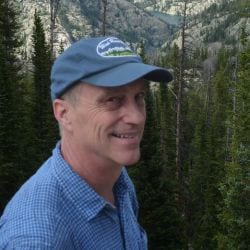 Anthropologist Erik Mueggler has been working with mountain residents on China’s southwestern periphery for over twenty years. His acclaimed ethnographic work focuses on the ritual, linguistic, and interpersonal resources that minorities in China have employed to confront the violence-laced campaigns of the socialist era and the systematic exclusions and deprivations of the present. Mueggler’s groundbreaking first book, The Age of Wild Ghosts: Violence, Memory and Place in Southwest China (University of California Press, 2001) is a history of one minority community during the socialist period. Songs for Dead Parents: Corpse, Text, and World in Southwest China (University of Chicago Press, 2017) returns to the same community to explore its intricate histories of death ritual. Another book, The Paper Road: Archive and Experience in the Botanical Exploration of West China and Tibet (University of California Press, 2011) follows the experiences of two generations of minority men from one village as they scoured the vast region of West China for flowers for British and American gardens. Mueggler is currently working on a history of literacy and bondage in a chiefly lineage in Southwest China during the Qing dynasty.

Mueggler has received many honors and awards, including a Macarthur Foundation ‘genius’ fellowship, the Julian Steward Award for Best Monograph in Environmental Anthropology, a Michigan Humanities Award, and fellowships from the University of Michigan’s Humanities Institute and the Center for Advanced Studies in the Behavioral Sciences at Stanford. He is Professor of Anthropology at the University of Michigan.