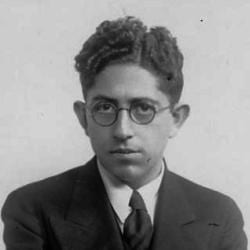 NAGEL, ERNEST:  Appointed for studies of the recent contributions to symbolic or mathematical logic, the present state of researches into the relation of abstract mathematics to such logical studies, and the relevance of such logical studies to the formulation of an adequate theory of probability, in consultation with European scholars; tenure, twelve months from September 1, 1934.

Publications:  On the Logic of Measurement, 1931; An Introduction to Logic and Scientific Method, 1934 (with Morris R. Cohen). Contributor to History of Ideas, Vol. III, 1934. Articles and reviews in Journal of Philosophy, Erkenntnis, Symposium, New Republic, Saturday Review of Literature.