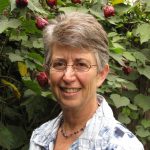 Estelle B. Freedman is the Edgar E. Robinson Professor in U.S. History at Stanford University and a specialist in the history of women, feminism, and sexuality. She graduated from Barnard College and received her M.A. and Ph.D. degrees in history from Columbia University. After teaching at Princeton University, in 1976 she joined the faculty at Stanford, where she helped establish and has directed the Program in Feminist Studies. Professor Freedman is the recipient of four teaching awards at Stanford as well as the American Historical Association's Nancy Lyman Roelker Award for graduate mentoring. Other honors include research fellowships from the National Endowment for the Humanities, the American Council of Learned Societies, the American Association of University Women, the Stanford Humanities Center, and the Center for Advanced Study in the Behavioral Sciences. In 1990 she was elected a Fellow of the Society of American Historians.

Professor Freedman has written widely on the history of women’s prison reform, including Their Sisters' Keepers: Women's Prison Reform in America, 1830-1930 (Michigan, 1981) and Maternal Justice: Miriam Van Waters and the Female Reform Tradition (Chicago, 1996). She has drawn upon her teaching in two book on feminism: No Turning Back: The History of Feminism and the Future of Women (Ballantine Books, 2002) and The Essential Feminist Reader (Modern Library, 2007). With historian John D’Emilio she co-authored Intimate Matters: A History of Sexuality in America (Harper & Row, 1988; rev. ed. Chicago, 1997); they recently co-edited “My Desire for History:” Essays on Gay, Community, and Labor History by Allan Bérubé (North Carolina, 2011). Freedman is also a co-editor of two earlier books: Victorian Women: A Documentary Account (Stanford, 1981) and The Lesbian Issue: Essays from Signs (Chicago, 1985). In 2006 the University of North Carolina Press published a collection of her articles and talks, Feminism, Sexuality, and Politics: Essays by Estelle B. Freedman. Her book in progress explores efforts to redefine rape in America in the decades between the 1870s and the 1930s. In it she shows how legal and cultural constructions of rape have been deeply linked to contestations over political rights, particularly for white women, black women, and black men.