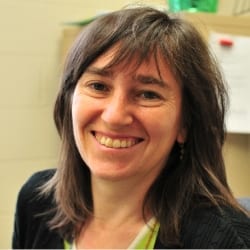 Professor Ostriker's research is in the area of theoretical and computational astrophysics. Her main scientific interests are in the processes of star and planet formation, the physics of the interstellar medium, and the structure and evolution of galaxies. She is also active in numerical methods and tools for computational fluid dynamics. Her research focuses on understanding the physics behind a wide range of astronomical processes, from the collapse of gaseous clouds to create our own and other solar systems, to the cycling of energy and matter between stars and the interstellar medium in the Milky Way and other disk galaxies, to the regulation of star formation in the cosmos over the last ten billion years.

Professor Ostriker's work has been influential in identifying and quantifying the important role turbulence plays in many astronomical systems. In 2007, Professor Ostriker co-authored a major review on the theory of star formation, published in the Annual Reviews of Astronomy and Astrophysics. During her Guggenheim Fellowship year, Professor Ostriker also held a visiting Miller Professorship at the University of California, Berkeley. Her other awards include election to Phi Beta Kappa, an NSF Graduate Fellowship, the Dorothea Klumpke Roberts Prize (U.C. Berkeley), and numerous research grants from NASA and the National Science Foundation.

Professor Ostriker has acted in many leadership positions within the academic and scientific community, serving on national advisory and review panels as well as organizing scientific conferences.