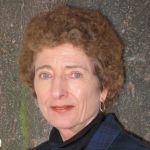 Evelyne Huber is Morehead Alumni Professor of Political Science and Chair of the Department of Political Science at the University of North Carolina, Chapel Hill. She studied at the University of Zurich and received both her M.A. (1973) and Ph.D. (1977) from Yale University. Her interests are in comparative politics and political economy, with an area focus on Latin America and the Caribbean and Western Europe, particularly on comparisons between these regions. She is the author of The Politics of Workers' Participation: The Peruvian Approach in Comparative Perspective (1980), co-author of Democratic Socialism in Jamaica (with John D. Stephens, 1986); co-author of Capitalist Development and Democracy (with Dietrich Rueschemeyer and John D. Stephens, 1992), co-author of Development and Crisis of the Welfare State (with John D. Stephens, 2001); co-winner of the Outstanding Book Award 1991-92 from the American Sociological Association, Political Sociology Section, and winner of the Best Book Award 2001 from the American Political Science Association, Political Economy Section. She has also contributed articles to, among others, World Politics, Latin American Research Review, Comparative Politics, Politics and Society , Comparative Political Studies, The Journal of Politics, Studies in Comparative International Development, Comparative Social Research, Political Power and Social Theory, American Journal of Sociology, American Sociological Review, and Economic Perspectives.

She received the Distinguished Teaching Award for Post-Baccalaureate Instruction from the University of North Carolina in 2004. She has been a Fellow at the Institute for Advanced Study in Princeton, the Hanse-Wissenschaftskolleg in Delmenhorst, Germany, the Swedish Collegium for Advanced Study in the Social Sciences in Uppsala, the Kellogg Institute at the University of Notre Dame, and the Woodrow Wilson Center for International Scholars at the Smithsonian Institution in Washington, D.C.

Her project for the Fellowship period is a comparison of welfare states or, more modestly, social policy regimes in Latin America and Southern Europe, with a focus on identifying the political conditions that are conducive to the establishment of social policy regimes with the capacity to reduce poverty and inequality in human capital.