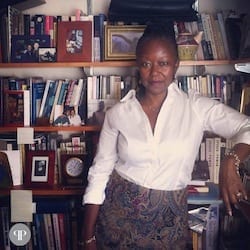 Farah Jasmine Griffin has published widely on issues of race and gender, feminism, jazz and cultural politics. She has written or co-edited eight works of criticism and non-fiction including Harlem Nocturne: Women Artists and Progressive Politics During World War I (2013); If You Can't Be Free, Be a Mystery: In Search of Billie Holiday (2001); Who Set You Flowin'?: The African American Migration Narrative (1995). She served as the inaugural chair of Columbia’s Department of African American and African Diaspora Studies which she helped found.