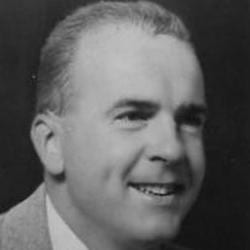 His research, which has been primarily in infrared and Raman spectroscopy, has been described in about 100 refereed publications.  It has involved six main themes.  (1) The use of deuterium to analyze vibrational spectra, especially of cyclic molecules such as benzene, cyclobutane, cyclopentane, cyclohexane, and pyrrole.  (2) An early paper with C. H. Wilkins on the infrared spectra of inorganic ions drew attention to this application and has been widely used. (3) A series of papers coauthored with W. G. Fateley dealt with the use of far infrared spectra for determining barriers to internal rotation.  (4) The vibrational spectra of covalent inorganic molecules such as CrO2Cl2,  VOCl3, P2Cl4, and B4Cl4.  (5) Long linear molecules such as carbon suboxide, dicyanoacetylene, and dicyanodiacetylene. (6) The spectra of molecules with unusual bonding or geometry, such as cubane, [3]- and [4]-radialene, and cyclopropenone.  He is coauthor (with Mayo and Hannah) of Course Notes on the Interpretation of Infrared and Raman Spectra (Wiley-Interscience, 2004).

He has been coeditor of Spectrochimica Acta (1957-1963) and Secretary of the IUPAC Commission on Molecular Structure and Spectroscopy (1969-1975). During his 1957 Guggenheim Fellowship term, he studied in Zurich.  He was a Visiting Professor in Japan in 1977 and in Brazil in 1980.  He received the 1964 Pittsburgh Spectroscopy Award, the 1965 Pittsburgh Award of the American Chemical Society, and 1973 Hasler Award of the Society for Applied Spectroscopy.

Foil has given 400 invited professional talks, including thirty-two speaking tours for the American Chemical Society.  One talk, "Great Mistakes in Science," has been presented over 140 times.  From their beginnings in 1950, he has been associated with two organizations that celebrated their 50th years in 1999: the Pittsburgh Conference on Analytical Chemistry and Applied Spectroscopy (Pittcon) and the MIT/Bowdoin College summer courses on applied infrared spectroscopy.

Foil and his late wife of sixty-five years, Naomi, have two sons.  Among Foil’s hobbies are bird watching, hiking, canoeing, and camping.  Travel and travel photography are prime interests, and he has given over 300 travelog slide shows.  Another special interest is collecting stamps dealing with chemistry and physics, and he has authored over 150 articles concerning or using them.  In 1988 he and Professor Edgar Heilbronner of Switzerland coauthored A Philatelic Ramble Through Chemistry, generally regarded as the bible on the subject.  He was editor of the quarterly hobby journal Philatelia Chimica et Physica (1997-2004), and received the American Topical Association’s Distinguished Topical Philatelist Award in 2009.