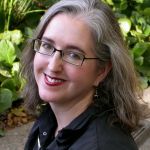 Ms. Dolan has held National Endowment for the Humanities fellowships at the Folger and Newberry Libraries, as well as a Monticello College Foundation fellowship at the Newberry. She is the author of Dangerous Familiars: Representations of Domestic Crime in England, 1550-1700 (Cornell UP, 1994); Whores of Babylon: Gender, Catholicism, and Seventeenth-Century Print Culture (Cornell UP, 1999; reissued in a paperback edition with a new preface from the University of Notre Dame Press, 2005); and Marriage and Violence: The Early Modern Legacy (University of Pennsylvania Press, 2008). She has published numerous articles in venerable literary journals with wide readerships (such as Modern Philology and Publications of the Modern Language Association), in highly specialized journals (such as English Literary Renaissance and Shakespeare Quarterly), in interdisciplinary journals (such as the Huntington Library Quarterly, Yale Journal of Law and the Humanities, and the Journal of Interdisciplinary History), and in feminist ones (such as differences and Feminist Studies). She has also contributed to important collections on a range of topics, from feminism to teaching to Catholicism to everyday life.

While Ms. Dolan’s work ranges across genres and across the sixteenth- and seventeenth- centuries, she has a special affection for Renaissance drama, on which she wrote her dissertation. She edited The Taming of the Shrew: Texts and Contexts (Bedford, 1996), and five plays for the new Pelican Shakespeare: As You Like It, The Comedy of Errors, Richard II, Timon of Athens, and The Winter’s Tale. She is currently completing an edition of Thomas Heywood’s A Woman Killed With Kindness (for the New Mermaids series) and, with a team of her graduate students, a digital edition of Thomas Dekker’s The Whore of Babylon (for Digital Renaissance Editions). Frances Dolan has served as a trustee and as the President of the Shakespeare Association of America.

As a Guggenheim fellow, Dolan is working on True Relations: Reading, Evidence, and Seventeenth-Century England. The book argues that there is a relationship between debates about evidence in 17th-century England and debates about evidence among early modernists today. These debates often focus on how and why to read. Yet the relationship between the histories of evidence and of reading has not been sufficiently studied, nor has the bearing of these intertwined histories on research methods. Connecting these histories, she explores the protocols of reading that inform the evaluation of truth claims in the 17th-century and today. Working across fields often considered separately (law, religion, science, history, and literature), she examines evidentiary genres including depositions, confessions, conduct books, trial proceedings, letters, pamphlets, and plays. In eight chapters addressing topics including biography, witchcraft, and the London Fire, she considers the features and demands of texts claiming to be “true relations,” how the reception of truth claims is a function of other contested relations (such as those between Catholics and Protestants), and how early modernists’ own methodological conflicts are rooted in the period we study.