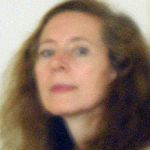 Francesca Rochberg was born in Philadelphia, Pennsylvania. She received her B.A. in Oriental Studies from the University of Pennsylvania and her Ph.D. from the Department of Near Eastern Languages and Civilizations, University of Chicago. Currently she is Catherine and William L. Magistretti Distinguished Professor of Near Eastern Studies in the Department of Near Eastern Studies, the Office for the History of Science and Technology, and the Graduate Group in Ancient History and Mediterranean Archaeology at the University of California, Berkeley, as well as Senior Fellow of the Institute for the Study of the Ancient World at NYU. She has been a Visiting Fellow of Magdalen College, Oxford, and a Member of the Institute for Advanced Study, Princeton. In 1982 she was the recipient of a John D. and Catherine T. MacArthur Fellowship, and in 2008 was elected to membership in the American Philosophical Society

She has published widely on Babylonian celestial sciences and produced editions of cuneiform texts that set Babylonian science in various contexts, from cultural to cognitive history. Her research on ancient Mesopotamian and Greco-Roman traditions in astronomy and astrology has introduced the evidence of ancient cuneiform science into the philosophy of science through investigations of empiricism, prediction, logic, and reasoning.