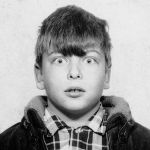 Fredrik Marsh was born in Quantico, Virginia, and lives and works in Columbus, Ohio. He attended the Ohio State University, earning his B.F.A. in photography in 1980 and M.F.A. in printmaking in 1984. He has been teaching photography at various colleges and universities since 1985. Since 2007, he has served on Greater Columbus Arts Council’s Board of Trustees.

Mr. Marsh’s work has been included in over 200 competitive and invitational exhibitions since 1978. During his career, he has been awarded an individual artist fellowship from Arts Midwest/National Endowment for the Arts; individual artist fellowships and artist’s projects grants from Ohio Arts Council, Greater Columbus Arts Council, and Saxony Ministry for Science & Art, Dresden; and a 2002 GCAC/State of Saxony artist residency in Dresden, Germany. He has given photography workshops and lectured on his work nationally and internationally, most recently in China, Germany, Poland, and Slovakia.

His work is included in a number of corporate, museum, private, and university collections across the United States and abroad. Selections from his recently completed Dresden Project (2002-06) are included in permanent collections of the Columbus Museum of Art, Dresden Academy of Fine Arts, Los Angeles County Museum of Art, Museum of Contemporary Photography at Columbia College Chicago, and Museum of Fine Arts, Houston, among others. Recent solo exhibitions include the 7. International FotoTage Mannheim/Ludwigshafen Festival, Germany; the 9th International Photo Gathering in Aleppo, Syria; University of the Arts, Philadelphia, Pennsylvania; and the 2nd Lianzhou International Photography Festival 2006 held in Guangdong Province, the People’s Republic of China. His photographs were exhibited as part of Houston FotoFest 2006, The Eleventh International Biennial of Photography and Photo-Related Art.

During a three-month artist residency in Dresden, Germany, in 2002 and over the next four subsequent summers, I explored the city and its outskirts photographing various architectural landmarks. I found myself increasingly drawn towards abandoned buildings, often found within pocket areas overlooked in the rebuilding and reconstruction process still underway. Encountered during these many extended walks throughout the now familiar city, my efforts have concentrated on photographing the detritus of human culture found in the decaying interior spaces of vacant factories, abandoned apartments, and hotel rooms. Transitions: The Dresden Project demonstrates the juxtapositions and ironies still abundant in the post-Socialist world, showing the old and the new as well as the grandeur and the decay of these once-majestic buildings.

The scope of this extended series, photographing a city steeped in tragic history, required significant leaps in my creative practice to depict the core focus–the human condition. Five years photographing Dresden has resulted in a significant, epic work, an elegy of the past still in the present. Contrasted with panoramic photographs of both sweeping grandness and of industry in decline–the Baroque to the Postmodern–the most recent work concentrates on interiors made in both black & white and color. The resulting images transcend the intimate traces of unknown inhabitants whose individual work and lives were subject to a broken system of regiment and surveillance.

Concerned with cross-disciplinary issues of aesthetics, contemporary history, cultural & political geography, this long-term photographic project is my most mature and overarching. Extant since the end of the Cold War, these forgotten places underscore the cultural and economic impacts brought about by the collapse of Socialism and resulting exodus of workers to the West during the 1990s. Combining a sense of Post-romanticism with traces of the remains of the Russians, the East German military-industrial complex, and the uninhabited buildings left behind, the Dresden Project conveys a mixture of melancholy and beauty, even tenderness, without sentimentality. I felt on the front edge of recording history as he documented these scenes of anonymous human stories.

This extended series serves to record a palimpsest of sorts–the extant, often lyrical residues I discovered in these architectural exterior and interior spaces. Not focusing on people directly, but upon their artifacts, on structures and objects bearing their imprint, the photographs I created within these vacant, unassuming factory and apartment buildings, exhibit a monumentality and heroic presence not necessarily found in reality. Working in this approach has resulted in clarity of vision; a new and recognizable poeticism has emerged in my photographs.

The grim mental image we have of the former East Germany–gray, oppressive, a society thought to have no color and no religion–is not simply Western Propaganda. However, what I discovered within these apartment interiors was not at all what I expected. The deliberate use of intense, often garish, color, in the layering, combinations, and choices of wallpaper patterns, tile, and paint, applied to doors, walls, woodwork, I found remarkable, astonishing and shocking, even in their current fragmentary states. Those interiors must have been a refuge; true havens from the watchful eye of the State. Once the Berlin Wall fell in 1989 and people, with a new freedom to move about, seemingly walked away, often leaving their possessions behind. Vacant apartment buildings are clear magnets for vandalism and graffiti. Dresden is no exception. I attempted, especially in this last chapter of interior work in 2005-2006, to reference the color aesthetic of those two phenomena, the inevitable patina created through the passage and blurring of time notwithstanding. What was keen interest of me in the spaces I encountered was the pure medium of color– in terms of the evident personal use of color, of painting and its application by anonymous individuals, and in my own application of the inherent palette of photographic color films available to me. Over the course of time since making these images, I have come to discover my own work, still, often surprises me.

Follow this link to learn more about Fredrik Marsh’s work in Guangzhou, China, from the series To Those Who Come After.