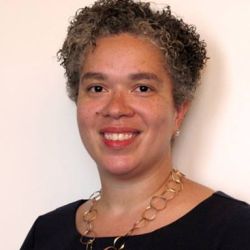 G. Gabrielle Starr is Professor of English and Seryl Kushner Dean of the College of Arts and Science at New York University. She is a scholar of eighteenth-century British literature and of aesthetics, as well as a researcher in experimental aesthetics. Her first book, Lyric Generations (Johns Hopkins University Press, 2004), is a history of the interrelation of lyric poetry and the early British novel, and in it she argues for the need to understand the history of changes in literary form as emerging from cross-generic interactions. In addition to numerous articles and reviews, she is also author of Feeling Beauty (MIT Press, 2013), which explores the ways our responses to the Sister Arts of painting, poetry and music are mediated by brain-based reward processes and by the default mode network.

Her Guggenheim work focuses on one peculiar variety of intense aesthetic experience. Much of the discourse of aesthetics since the eighteenth century has made, she argues, a central mistake when it comes to imagination. The intense aesthetic experiences of everyday life are often understood to be predicated on immersive imaginative states. We are lost in a book, enraptured by a song, absorbed in visual contemplation. If we escape or are carried beyond such immersion, it is by dint of a move beyond the aesthetic to the moral (e.g., Adam Smith or Martha Nussbaum), or to the political (e.g., William Godwin or Theodor Adorno). But many intense aesthetic experiences—even these moments where the ideas, images, words or sounds sprung from an artwork blossom into brilliant, vivid imaginative constructions—involve doubly directed imaginative states, focused not just “inward” but “outward.” Her project seeks to model these states descriptively, culturally, critically, and neurally.

In addition to being granted the support of the John Simon Guggenheim Foundation, she has also been supported by the Andrew W. Mellon Foundation in the form of a New Directions Fellowship to facilitate training in neuroscience, as well as by an NSF-ADVANCE grant (jointly with Nava Rubin) at NYU. She is currently director of a three-year, collaborative international project on brain responses to music, painting, and literary imagery.