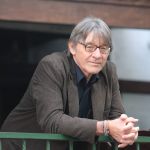 Gary Urton is the Dumbarton Oaks Professor of Pre-Columbian Studies and Chairman of the Department of Anthropology at Harvard University.  He is the recipient of numerous grants and fellowships in support of his research in the Andes over the past thirty-five years, including from the National Science Foundation, National Endowment for the Humanities, and Social Science Research Council, as well as having been named a MacArthur Fellow (2001–2005). With a particular interest in the social and intellectual histories of Andean communities from pre-Columbian times through the colonial period and down to the present day, Urton has carried out projects in archaeology, ethnohistory, and ethnography. His books include works on Andean and Inka astronomy and calendrics (At the Crossroads of the Earth and the Sky: An Andean Cosmology, 1981), Quechua ethnomathematics (The Social Life of Numbers, 1997), myth and history (The History of a Myth: Pacariqtambo and the Origin of the Inkas, 1990, and Inca Myths, 2000) and the Inka knotted-string recording device, the khipu (or quipu; Signs of the Inka Khipu, 2003). Urton has carried out studies of almost 700 of the ca. 870 extant khipu samples in museums in Europe, the U.S., and South America. He is the founder/director of the Khipu Database at Harvard University where data from his research are stored and studied. Urton will use the Guggenheim Fellowship to write a monograph synthesizing the results of his research on khipus over the past twenty years in an effort to understand and explain how the Inkas stored and communicated vital administrative and historical information by means of their extraordinary knotted-string recording device.