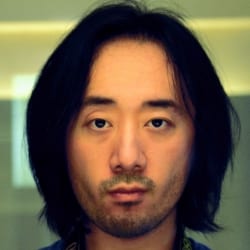 Ge Wang designs with technology like an artist, and builds artful things as an engineer. While he has been called researcher, computer scientist, musician, product designer, inventor, and entrepreneur, he doesn't fit any single profile. He is a different animal, a hybrid engineer/designer/artist working at the intersections of disciplines.

An Associate Professor at Stanford University's Center for Computer Research in Music and Acoustics (CCRMA), Ge researches artful design -- programming language design for music, instruments for laptop orchestra, toys and game design for musical expression, human-computer interaction, aesthetics of technology-mediated design, and education at the intersection of art, engineering, and the humanities.

Ge is the chief architect and author of the ChucK music programming language, and the founding director of the Stanford Laptop Orchestra (SLOrk). Ge is also the Co-founder of Smule, a startup company exploring music-making via mobile devices. Ge is the designer of the Ocarina iPhone app, as well as Magic Piano, Leaf Trombone: World Stage and many more (collectively reaching over 200 million users to date). These musical artifacts (are they toys? instruments?) are designed to connect people with musical expression, using everyday technology.

As a Guggenheim Fellow, Ge has completed a unique undertaking: an unconventional book on the nature, meaning, and purpose of design, called Artful Design: Technology in Search of the Sublime. Meticulously written and designed as a (488-page, full-color) photo-realistic comic book, Artful Design is a manifesto of how design can and should embody humanistic values -- with the understanding that the things we make, in turn, make us. The book is published by Stanford University Press, due out Fall 2018. After the book's release, Ge will embark on a speaking tour designed specifically around the ideas and unconventional format of the book.

Follow this link to view Ge Wang's TED talk: "The DIY orchestra of the future"