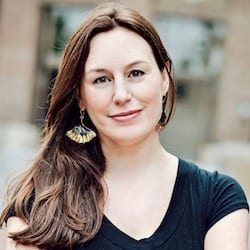 Geneviève Zubrzycki is Professor of Sociology at the University of Michigan, where she is also affiliated with the Frankel Center for Judaic Studies and the Center for Russian, East European, and Eurasian Studies. A comparative-historical and cultural sociologist, her research focuses on nationalism and religion, collective memory and national mythology, and the contested place of religious symbols in the public sphere. Zubrzycki is the author of the award-winning books The Crosses of Auschwitz: Nationalism and Religion in Post-Communist Poland (Chicago 2006) and Beheading the Saint: Nationalism, Religion and Secularism in Quebec (Chicago 2016), and the editor of National Matters: Materiality, Culture, and Nationalism (Stanford 2017). She will devote her fellowship year to completing a new book on the on-going revival of Jewish communities in Poland and non-Jewish Poles’ interest in all things Jewish, tentatively entitled Nationalism, Philosemitism and Poland’s Jewish Revival.