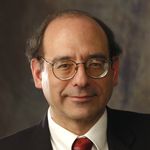 I am a professor of physics at the University of Illinois, engaged in elementary particle physics research and the teaching of undergraduate physics students. My third axis of obligation, faculty public service, focuses on higher education policy and regulation, particularly as it relates to university accreditation.

My bachelor’s and doctoral degrees are from Harvard and Princeton, respectively. I was a Robert R. McCormick Postdoctoral Fellowship at the University of Chicago after graduate school and spent three years there as a researcher. We studied the properties of neutral K mesons in hopes of gaining insight into the matter-antimatter imbalance that arose during the Big Bang. I returned to Princeton as an assistant professor in 1983, establishing a research program in kaon physics and serving as the spokesman for an experiment at the Fermi National Accelerator Laboratory. I moved to the University of Illinois at Urbana-Champaign as an associate professor in 1989, continuing with elementary particle physics research and teaching.

In 2001 the initial attempts by the U.S. particle physics community to engage with the proposed International Linear Collider (ILC) were disorganized and largely ineffective. In response to this, a colleague and I organized a U.S. university-based ILC research consortium that successfully obtained funding from the Department of Energy. In combination with an independent effort supported by the National Science Foundation, our program expanded to encompass dozens of projects undertaken by a large number of universities, national laboratories, and foreign institutions. This became the backbone of U.S. university participation in the ILC.

Respect for the importance of undergraduate teaching is one of the strongest attributes of the Illinois physics department. My colleagues are open to restructuring our curriculum to address deficiencies in our courses of instruction. I have helped, leading an effort to rebuild four semesters of intermediate physics courses and creating honors courses to enrich our introductory sequence. I received a pair of teaching awards from the Physics Department and College of Engineering in recognition of this.

This strikes me as a perfectly conventional career path. I collaborate with talented colleagues on satisfyingly difficult research projects. I teach students how space and time are braided together by Einstein’s theory of relativity. I fret about research funding.

But in 2002 University of Illinois computers became the targets of an insistent barrage of disruptive advertizing offering “diplomas from prestigious non-accredited universities.” After months of this I called a number in one of the ads to complain, and learned that the organization would sell me a degree in any subject I could name—orthopedic surgery, for example. Alarmed at this, I began collecting information about diploma mills in a more systematic fashion, posting it to a university web site for the benefit of the larger public. Some months later the owners of “St. Regis University,” which pretended to be in Liberia, threatened the University of Illinois (and me!) with a lawsuit.

The resulting brawl led to a multi-agency federal criminal investigation, felony convictions of eight individuals, new higher education legislation in several states, and the inclusion of text concerning diploma mills in the 2008 federal Higher Education Opportunity Act. I have played a role in all of this, working with the prosecution in the St. Regis case, the congressional offices that initiated the push for federal diploma mill legislation, and several states’ higher education oversight offices.

It has been an ungentle activity, entirely unlike anything else I have ever undertaken. There are villains and corrupt foreign diplomats, investigative reporters, undercover federal agents, offshore bank accounts, and collaborating hoodlums based in Pakistan, India, Greece, Japan, and Hong Kong. The affidavit used to obtain search warrants reads like a detective novel.

I will use the term of the Fellowship to write a book about the nine-year trajectory and spectacular immolation of St. Regis, and the resulting increase in international attention to the problem of diploma mills.