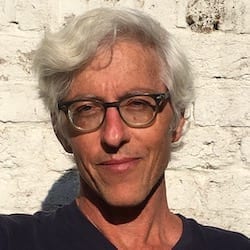 George Prochnik’s most recent book, Heinrich Heine: Writing the Revolution was published in 2020 as part of Yale University Press’s Jewish Lives series. His previous book, Stranger in a Strange Land: Searching for Gershom Scholem and Jerusalem was a New York Times “Editor’s Choice” and was short-listed for the Wingate Prize in the UK. Among his earlier publications, his book The Impossible Exile: Stefan Zweig at the End of the World, received the National Jewish Book Award for Biography/Memoir in 2014 and was translated into more than a dozen languages. Prochnik is also the author of In Pursuit of Silence: Listening for Meaning in a World of Noise (2010), and Putnam Camp: Sigmund Freud, James Jackson Putnam and the Purpose of American Psychology (2006). He has written for The New York Times, The Boston Globe, The New Yorker, The Lancet, the Jewish Review of Books and the LA Review of Books and is editor-at-large for Cabinet magazine. He is currently working on Orpheus Revolving: Lives of the Artists, a non-fiction book about art and calamity. An excerpt from this work in progress recently appeared in N+1.