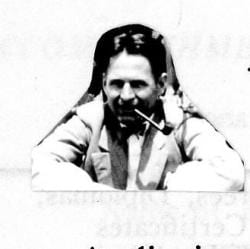 WILLIAMSON, GEORGE WILLIAM:  Appointed for studies of the metaphysical element in English literature of the first half of the Seventeenth Century; tenure, twelve months from September 1, 1931.