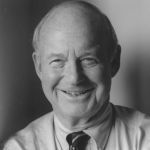 After majoring in fine arts at Columbia College (A.B., 1950) and receiving his M.D. at the NYU School of Medicine (1954), he interned at Mt. Sinai Hospital, and spent two years as a Captain in the U.S. Army.  After another residency at Mt. Sinai, he became Lewis Thomas's first chief resident at Bellevue Hospital. He then pursued postdoctoral research in biochemistry at NYU (with Severo Ochoa) and in cell biology at Cambridge University (with Dame Honor Fell).  From 1973 to 2000, he was director of the Division of Rheumatology at NYU School of Medicine.

He is best known for having presented evidence that rheumatoid arthritis is an immune complex disease and that crises in Systemic Lupus Erythematosus are provoked by intravascular complement activation.  He has also pioneered studies in leukocyte activation (via C5a, immune complexes, etc.), the role of salicylates and corticosteroids in cell signalling and adhesion (MAP kinases, erk 1-2, MEK, NFKappaB).  He is responsible for the codiscovery and naming of liposomes (1965). He was a founder (with E. C. Whitehead) and a director of The Liposome Company, Inc., from 1982 to 2000, and two drugs based on his liposome work are now in the clinic (Abelcet® and Myocet®).

Dr. Weissmann has received the Lila Gruber Award for Cancer Research, two residencies at the Rockefeller Foundation Study Center at Bellagio, the Allesandro Robecchi and Paul Klemperer awards for inflammation research, and the Distinguished Investigator Award of the American College of Rheumatology. He is a foreign member of the Accademia Nazionale dei Lincei of Rome and the Royal Society of Medicine of London. He is a Master and past president of the American College of Rheumatology, a past president of the Harvey Society, a Fellow of the AAAS and of the New York Academy of Medicine. He is on the board of the New York Academy of Sciences, theBoard of Overseers of the Marine Biological Laboratory, Woods Hole, Massachusetts, and on the advisory board of the Ellison Medical Foundation. He was also founding chairman of the jury for the Prix Galien USA. A member of PEN, his essays and reviews of cultural history have been published in the New Republic, the London Review of Books, and the New York Times Book Review, and have been collected in ten volumes, from The Woods Hole Cantata (1985) to Epigenetics in the Age of Twitter: Pop Culture and Modern Science (2012).