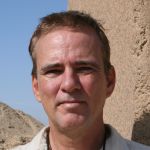 A native Californian, Glen MacDonald is a Professor of Geography and Ecology and Evolutionary Biology at UCLA. He has attended or worked at universities in California, Canada, and England. As a biogeographer, he teaches and conducts research on topics of climate change, drought, fire, vegetation dynamics, human-environment interactions, environmental interactions, and resource management. He conducts his research in the Arctic regions of Canada and Russia, the boreal forest of Canada, and the western United States, including California and Hawaii, and west Africa, and has presented his findings to scholars and the general public in print and the electronic media, and testified before governmental bodies including the U.S. Senate Appropriations Committee.

His many awards include the American Association of Geographer's Cowles Award for Excellence in Publication (1999, 2004) and the University of Helsinki Medal. He has been honored three times by McMaster University for teaching excellence.

Glen MacDonald is an elected fellow of the American Association for the Advancement of Science, and has been elected a Visiting Fellow and Life Member of Clare Hall, Cambridge University.

For his Guggenheim Fellowship term, he will be studying climate warming, epic drought, and society.

American Academy of Arts and Sciences, 2016
National Academy of Sciences , 2015