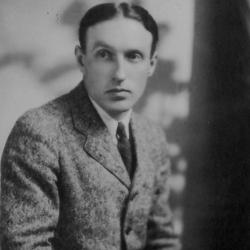 Hughes, Glenn Arthur: Appointed for the study of the Imagist and related movements in poetry, with the cooperation of the principal poets involved, and with England as the chief place of study; tenure, nine months from September 1, 1928.