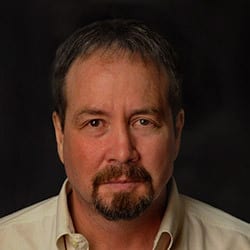 Glenn Davis Stone is an anthropologist whose primary areas of research are food and agriculture, including the cultural, political, economic, and ecological aspects of both smallholder and industrial agriculture.

His major research projects have focused on theories of agricultural change; on population, conflict, and the organization of production in Nigeria; on genetically modified crops and indigenous knowledge in India; on the political economy of heirloom, Green Revolution, and genetically modified rice in the Philippines; on sustainable farming in circum-Appalachia; and on the history of capital penetration in US agriculture. As a Guggenheim Fellow he is working on a synthesis of how GM crops have changed the world in their first two decades.

He has been on the faculties of Columbia University in New York and Washington University in St. Louis, where he is currently Professor of Anthropology and Environmental Studies. He has served on the editorial boards of Current Anthropology, American Anthropologist, Nature Plants and Culture Agriculture Food & Environment, and as president of Anthropology and Environment Society. He has been awarded the Gordon Willey Prize from the Society for American Archaeology; fellowships by the School of American Research and the National Endowment for the Humanities; and the Morley Science Medal from Western Reserve Academy.