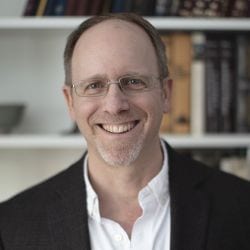 Glenn Dynner is Professor and Chair of the Religion Department at Sarah Lawrence College. His work explores the religious and social history of Polish Jewry. He is author of “Men of Silk”: The Hasidic Conquest of Polish Jewish Society (Oxford, 2006), which was awarded the Koret Publication Prize; and Yankel’s Tavern: Jews, Liquor & Life in the Kingdom of Poland (Oxford, 2014). He is a Fulbright scholar, a member of the Princeton Institute for Advanced Studies, and co-editor of the journal Shofar: An Interdisciplinary Journal of Jewish Studies. He is on the editorial boards of East European Jewish Affairs, Journal of Jewish Identities, and POLIN: A Journal of Polish Jewish Studies.

As a Guggenheim fellow, Dynner will study how the mass mystical movement known as Hasidism became politicized in early 20th-century Poland. His monograph, tentatively titled Exile of the Spirit: Hasidism in Interwar and Nazi-occupied Poland, will chart Hasidism’s emergence as both a political force and a culture of resistance in a context of coercive assimilation, anti-semitism, and, eventually, Nazi-sponsored genocide.

"Visualizing Hasidism," from the Jewish Review of Books (Fall, 2018)
An interview with Gwyneth Paltrow and Professor Glenn Dynner