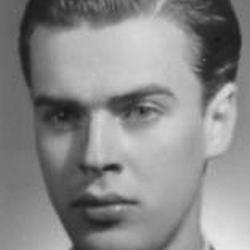 Recognized early on as a remarkably brilliant theoretical and observational astrophysicist by such powerhouses in the field as Nobel prizewinner S. Chandreshekhar and Otto Struve, Guido Münch conducted research in infrared radiometry for NASA’s Mariner, Viking, and Pioneer 10 and 11 programs and made important contributions to the understanding of galactic structure, solar physics, and stellar atmosphere theory, to name but a few astronomic fields that have benefitted immensely from his work. He was only twenty-three years old and still a student when he received the first of his three Guggenheim Fellowships in astronomy and astrophysics (the other two were awarded in 1945 and 1958).

Born in 1921 in San Cristobal de las Casas, Chiapas, Mexico, Guido Münch received his B.S. in civil engineering and mathematics (1939) and M.S. in mathematics (1944) from the Autonomous National University of Mexico (UNAM), and a Ph.D. in astronomy and astrophysics from the University of Chicago (1946). He returned to Mexico that year to work at the Tacubaya Observatory at the University of Mexico as an Astronomer, but in 1947 he accepted a position as an Instructor at the University of Chicago and was promoted to Assistant Professor two years later. Mr. Münch then moved to the California Institute of Technology, working there from 1951 to 1977 as an Assistant and then full Professor and as a staff member of the Mount Wilson and Palomar observatories. He spent the next fourteen years as the Director of the Max-Planck-Institut für Astronomie in Heidelberg (1977–91); he is currently the Institute’s Director Emeritus. Mr. Münch also worked as a research associate at the Instituto de Astrofísica de Canarias in Tenerife, Spain (1992–96).

Among the most significant of his scores of publications are “Interstellar Absorption Lines in Distant Stars” (1957), “Galactic Structure and Interstellar Absorption Lines” (1965), and, most important, “An Analysis of the Spectrum of Mars” (1964), which appeared in volume 139 of The Astrophysical Journal. Coauthored with Lewis D. Kaplan and Hyron Spinrad, the “Analysis” correctly revised downward by a factor of ten the then-accepted value for the atmospheric pressure of Mars, which led to fundamental changes in the NASA plans to explore the planet.

Over the course of his six-decade career, Mr. Münch received numerous honors, including election to the American Academy of Arts and Sciences (1963), the National Academy of Sciences (1967), and the Third World Academy of Sciences, in Trieste, Italy (1984); the NASA Medal for Exceptional Scientific Achievement (1974); Prince of Asturias Prize for Scientific Investigation (1989); an honorary doctorate of science from INAO; and the Order “Alfonso X, el Sabio” with Great Cross from the Kingdom of Spain (1998). In addition, in 1989 the International Astronomical Union organized a special conference in Granada, Spain, in his honor, entitled “Guido’s Jubilee.”