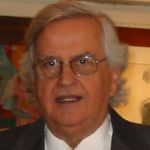 Guillermo Geisse G. has dedicated his career to the promotion of more sustainable development in Chile. His most salient contribution to this end is a result of his leadership in promoting in Chile the National Scientific Meetings on Sustainable Development, held every three years since 1983. For this purpose, he and colleagues created a NGO, CIPMA (Centro de Investagación y Planificación del Medio Ambiente) that operates from the civil society with the sponsorship of the Chilean Academy of Sciences. The first three meetings, out of eight, were held under the Pinochet regime, with universities under military intervention and environmental protection explicitly excluded from the public agenda. By the time of the sixth triennial meeting in 1999, with a fully democratic national government then in place, Mr. Geisse’s contribution earned him the first biannual National Award on the Environment, bestowed by the President of Chile.

Professor Geisse started his career as an architect trained in the Pontificia Universidad Católica de Chile (PUC). After ten years of professional practice in architecture he reoriented his career to the field of City and Regional Planning after completing a M.Sc. degree at the University of California, Berkeley. Soon after his return from Berkeley to Argentina, he and his colleague R. Jordan S. were called by PUC to set up a Research Centre of Regional and Urban Studies (CIDU), officially the Institute of Territorial and Urban Studies, of which he was the first Director.

During his Guggenheim Fellowship term, he undertook researches that produced, among other results, his book Economía y Política de la Concentración Urbana, published by Colegio de Mexico in 1984. Some years later this book was selected for inclusion in the “Memoria de Chile” section of the Chilean National Library.

In the late 1970s he reoriented his researches again, this time towards the field of environmental sciences and policies, dedicating most of his time to presiding over the activities of CIPMA. As mentioned earlier, even during the dark days of Pinochet’s regime, he managed to promote an open scientific exchange at the triennial Encuentros Científicos sobre el Medio Ambiente forums, which sought to debate Chilean options for sustainable development while building a consensus on environmental legislation and democratic implementation of these policies. CIPMA’s journal, Ambiente y Desarrollo, has enjoyed twenty-four years of uninterrupted publication and is currently available online at http://www.cipma.cl/Revista_ayd.asp.

Professor Geisse has been a guest teacher or researcher at UCLA, MIT, City College (University of London), UC Berkeley, Colegio de Mexico, Harvard University, and the Woodrow Wilson Center in Washington, D.C. His work has been published in several books and more than seventy articles in journals and chapters of books, both nationally and internationally. He was actively involved in the creation of the Latin American Council on Social Sciences (CLASCO) and served as chairman of its Commission on Urban Studies, and as the Latin American member of the international ad hoc commission on Regional Research and Planning that reported to the U.N. General Secretary. He was also represented independent academic centers as a member of the Chilean Advisory Council of the National Environmental Commission. He was elected to two terms as president of the International Society of Planning (1980-84) and was also president of the Scientific Council of the Chilean Forestry Stewardship Council (CERTFOR).

In 1998, Guillermo Geisse G. was named Professor Emeritus at the Pontificia Universidad Católica.